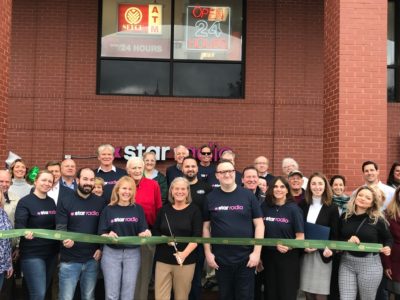 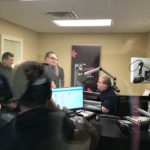 John Meaney takes prime position as the new host of the Star Radio Morning Show every Monday through Friday from 6am – 10am. Walt Adams returns to the airways with his local Jazz Show, The Sunday Jazz Brunch, offering an eclectic mix of Jazz tunes on Sundays from 9-1. Afternoons will broadcast the station’s owner, Ricki Lee, hosting the afternoon drive Mondays through Fridays from 3pm-7pm.

The wait is over…stated Ricki Lee-Station Owner! “Our launch of Saratoga’s Star Radio is here! The feedback so far has been amazing and we can’t wait to entertain and inform Saratogian’s on a daily basis with a mix of familiar music and local information.” 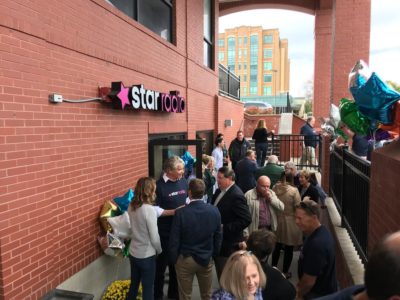 Locally owned and operated, Saratoga’s Star Radio offers a a great mix of music, local news and relevant information to listeners living in the Saratoga region. The music focuses on the 70s and 80s with classic hits from the 60s, 90s and 00s sprinkled in. The target audience is 35+. The station offers local and national news updates at the top of the hour during prime times M-F and weekends and connects Saratoga area listeners with what’s happening in their community.  The list of local on-air talents also includes familiar names Jerry Crouth and Tony Izzo. Jerry will be collecting local audiences for two hours of 50s and 60s music every Saturday from 8am-10am on the “Fifties and Sixties Show”. Tony Izzo will follow Jerry with a local “Saratoga Sports Show” Saturdays from 10am-11am.  “It’s here, the official launch of Star Radio! I’m thrilled to be working with a great team of familiar talents who I am certain will exceed expectations in superserving the area with everything local listeners need and want to hear,” said Fran Dingeman, General Manager of Saratoga’s Star Radio.

About Border Media.
Border Media is a Saratoga based radio company owned by husband and wife team, Ricki Lee and Hanna Kaleta. Ricki, who is also Co-founder and CEO of radio technology company Aiir, is a life long broadcaster. Border Media owns WRGR in Tupper Lake, NY. www.bordermedia.com.
About A&J Radio.
A&J Radio is a husband and wife radio company owned and operated by Aaron Ishmael and Jessica Ishmael. They own WPLB in the Plattsburgh / Burlington market. They also own Mid-Century Radio which operates WVLZ and WKCE in Knoxville, TN.

Got Questions?
Click Here For FAQs About Our Process